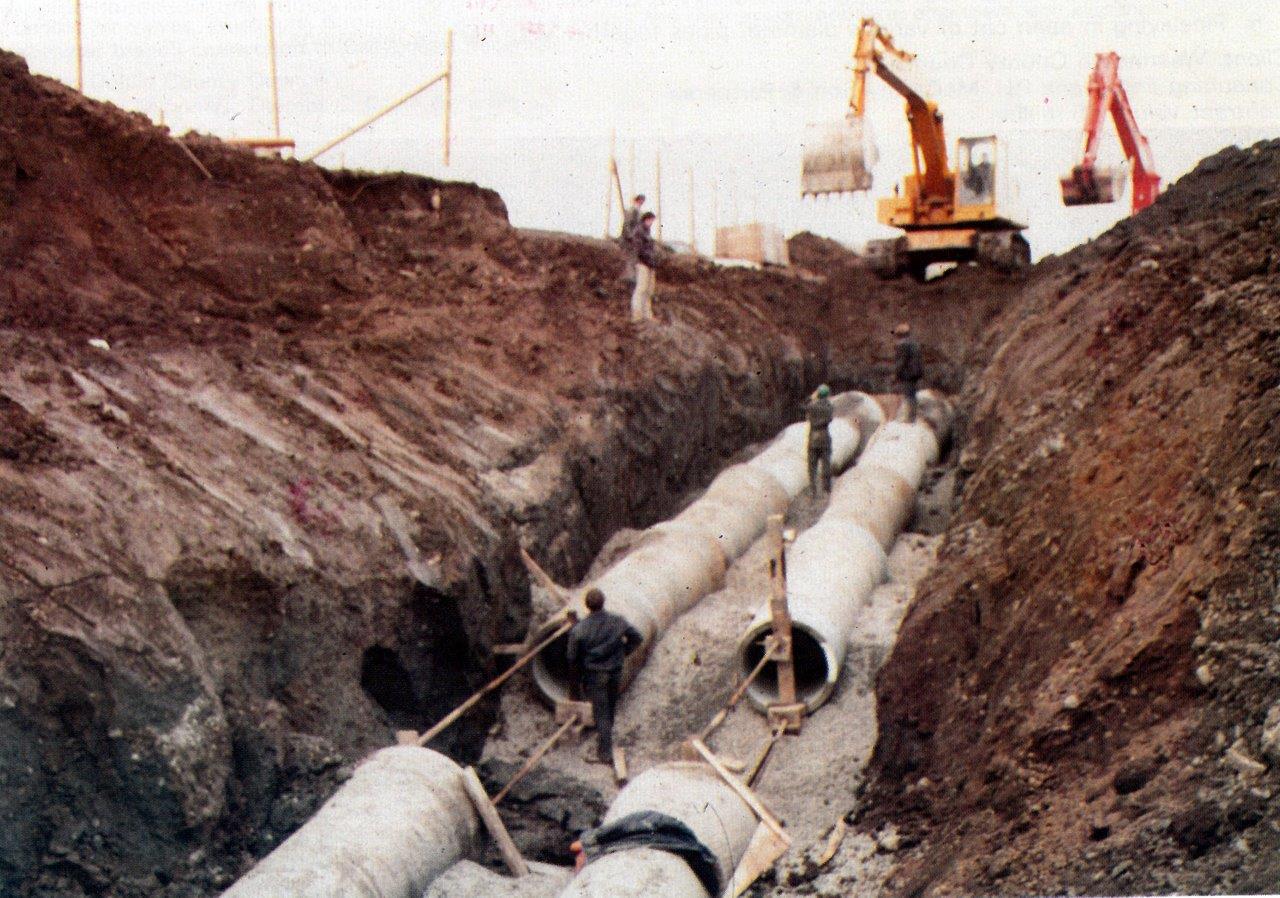 Established in 1979, Clonmel Enterprises Ltd has a long history of constructing quality building and civil engineering projects for both the public and private sectors. In its first decade the Company worked mainly in three areas: water & waste water, civil engineering and residential building works.

The first project undertaken by the Company was the Liffey Aquaduct Duplication Scheme which consisted of laying over 14km of 1600mm concrete pipes and 9.5km of 1200mm concrete pipes.  Following on from this, we installed over 20km of foul sewer and constructed a new treatment plant on the Mallow Sewerage Scheme. Projects were also undertaken on the Gorey Main Drainage, Athlone Main Drainage and the Greater Dublin Drainage Scheme. 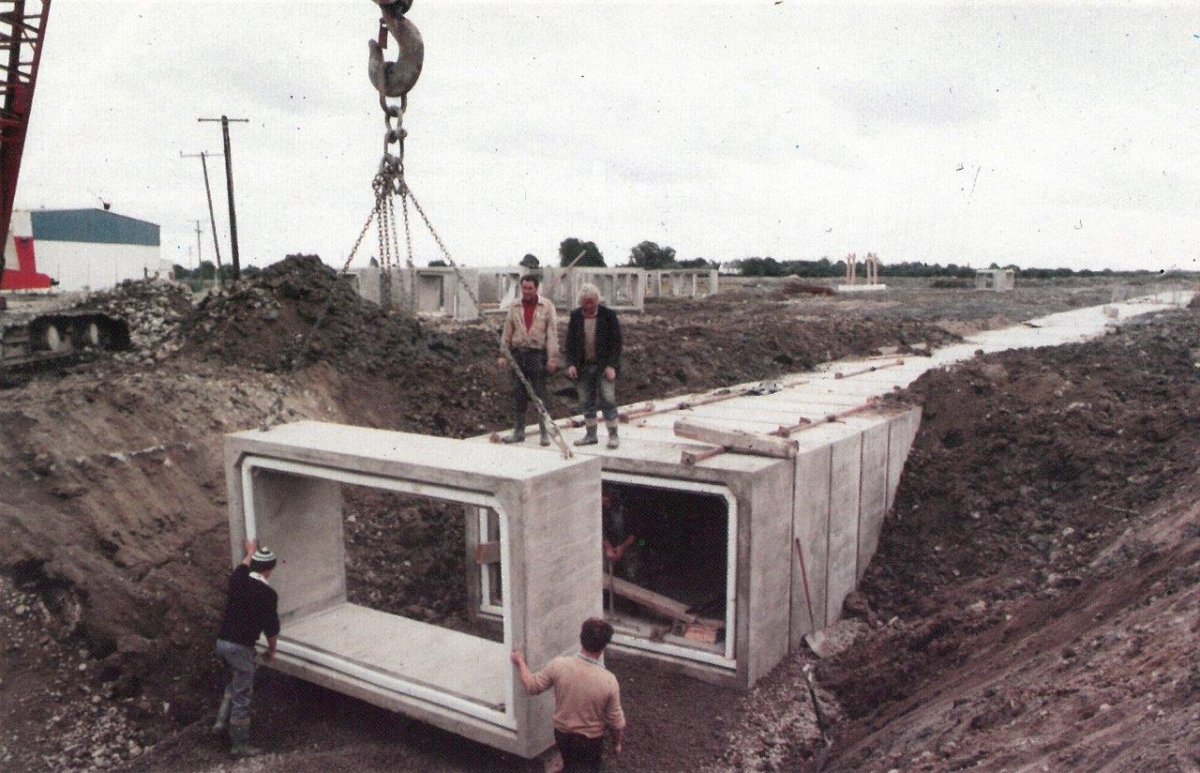 In the mid-80's Clonmel Enterprises Ltd was awarded one of its first landmark infrastructural road projects, the Lucan By-Pass.  This scheme saw the construction of 4km of dual carriageway with a number of bridges both pedestrian and vehicular such as the Ballydowd Bridge. This marked the start of a period of large scale road construction within the Company with the award of the Blanchardstown By-pass in the late 80's which included 8km of dual carriageway and a number of complex structures. 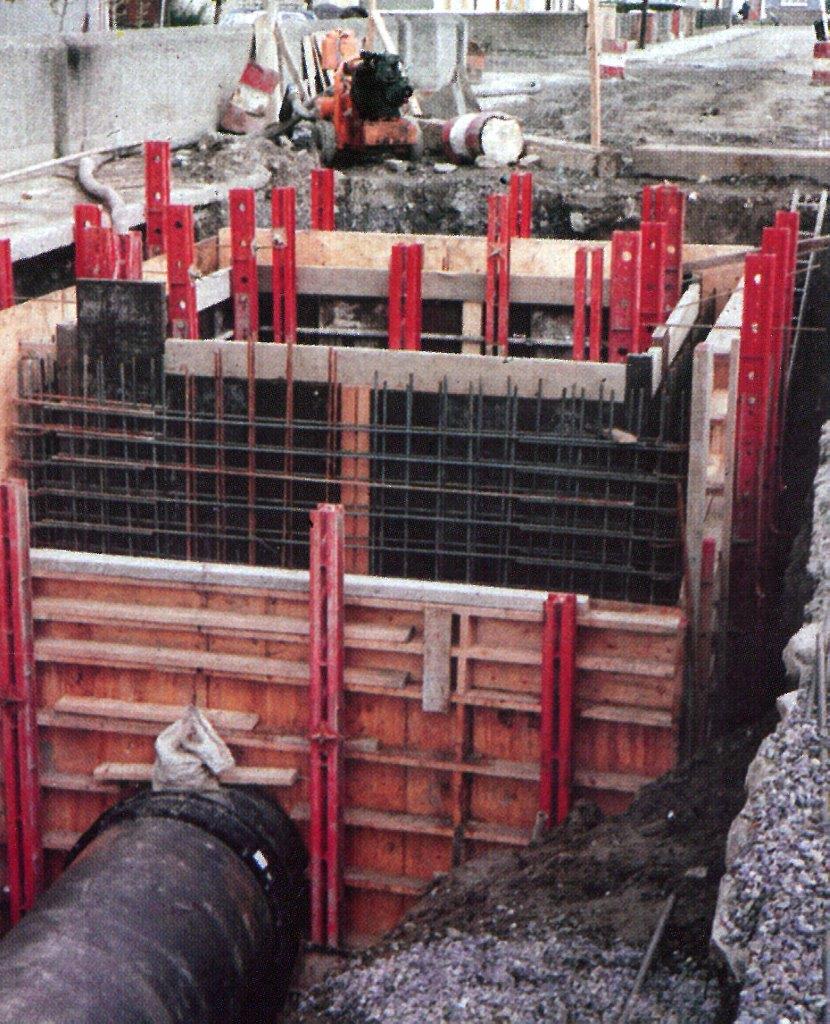 During this period Clonmel Enterprises Ltd also constructed a number of residential housing schemes, including a 110 house development in Kilsheelan, Co. Tipperary and a number of holiday home developments in Co. Galway.

The 90's saw the Company undertake some new and exciting opportunities in bridge construction, with the construction of the Kilmacanogue Bridge over the N11. This was the first post-tensioned Ribbon Bridge to be constructed in Ireland. During this period we also constructed a number of overbridges and underpasses throughout the rail network and remedial works to two key viaducts for Iarnród Éireann.

We continued during this period to work on many road upgrade projects and key water and waste water projects including a new treatment plant at Bullock Harbour and the North City Arterial Watermain in Dublin.  A move in the state towards promoting cycling, saw the Company install Dublin’s first cycletracks in a number of locations throughout the County.

In the late 90's the Company saw an opportunity to develop Business Parks, the first of which was constructed at the Red Cow in Dublin. Further Business Parks were developed in Clondalkin, Blessington, Naas, Red Cow and Rathcoole over the next 15 years. In each of the Business Parks, we constructed the initial access and service infrastructure and then built the office, warehousing, retail and commercial units.

The start of the 21st Century saw the Company move into light rail with a number of projects undertaken on the LUAS through Dublin City We initially completed a number of enabling works contracts and then installed the track bed and swept path for the rails on a number of sections on both the Red and Green Lines.

This period also saw the Company entering into a number of Joint Ventures. The first, with Laing O’Rourke, we undertook the construction of the N7 Naas Road Widening Scheme. This was an important scheme as it was the first online widening of a motorway undertaken in Ireland on such a large scale. Works included multiple interchange construction and over 15 structures all completed while facilitating in excess of 70,000 vehicles per day.  The second Joint Venture of note was with Jons Civil Engineering and John Craddock Ltd, for the Kildare Route Contract 2 Project. This was undertaken to construct a new Station and lay 6km of track bed for Iarnród Éireann.

Dublin Port saw a lot of activity during this period with Clonmel Enterprises Ltd undertaking a number of schemes in and around the Port such as upgrading the internal road network and the construction of a number of container storage yards.

With the construction of the motorway network and the establishment of the National Roads Authority (now TII), Clonmel Enterprises Ltd moved into Asset Management and have completed a number of contracts on sign maintenance, traffic counter installation and maintenance, traffic calming, school warning and vegetation maintenance contracts over the last 10 years. We operate crews through the 26 Counties of Ireland maintaining road signage and traffic calming installations as part of term maintenance contracts with the TII.

More recently with the changed construction landscape, the Company has continued to work in our core areas of Building and Civil Engineering. We have completed a number of new road construction, upgrades and cycletrack projects. One such project was the M9 Motorway Service Area Interchange where we constructed motorway on and off ramps and a 3 span concrete bridge over the existing motorway. Bridge works including new build and restoration have formed a large part of our recent contracts. Two such restoration projects have been the Refurbishment of Beaver Row Footbridge which saw the refurbishment of a 130 year old cast iron structure, while Classons Bridge Refurbishment Contract consisted of strengthening and repair works on a 1790 composite steel beam and stone masonry arch structure. Other bridge construction projects included cable stayed steel bridges in Dodder Valley Park and a railway pipe bridge in Rathdrum, Co Wicklow.

While the last few years have been quiet regarding the Building aspect of the construction industry we have still completed a number of large industrial and commercial structures such as the NRA Maintenance Depot in Kinnegad, resilience salt barn in Cahir and a new Sludge Treatment Facility in Ballymore Eustace Water Treatment Plant. These projects involved the construction of office and RC warehouse and storage area. We have also continued in residential building, recently completing a private estate in North Kildare. This ranged from full new build works to cosmetic finishing of houses and apartment blocks.

We look forward to continuing to expand and adapt our business to suit the needs of our current and future Clients.